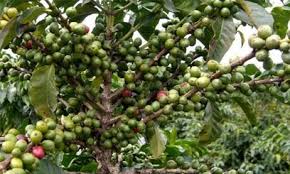 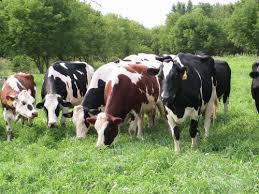 A very appropriate theme when Africa is rising, was one of my first thoughts. Participants were researchers, academics, policymakers from the UN, AU, governments and NGOs as well as people like me who have had to try to implement policies agreed by ‘partner countries’ and the financiers, donors.

So, an important opportunity for reaching out, exchanging views and learning from research and experiences elsewhere in the world? I left with a sense of disappointment, especially with African policymakers. I am equally disappointed with Africa’s so-called development partners who, except for the Dutch, did not even show up.

Growth in Africa is impressive these days, but it lacks the structural transformation that would mean less poverty, more jobs and prosperity. Over the last 40 years the structure of Africa’s economy has not changed. We were told the intriguing story of how Southeast Asia became the most successful region in the world, in terms of economic growth and poverty reduction, in record time. Did the African policymakers listen?

Not really, because the Southeast Asian example questions the assumptions African elites and leaders have on successful development. Instead of engaging in a discussion on what really was behind the development success, the evidence that supported the presentations was questioned. Any attempt at deepening the discussion was dismissed by stereotype suggestions such as “one size does not fit all”.

There seemed to be little interest in going from the traditional grandstanding, presenting aspirations and comprehensive plans to resolutions on establishing immediate priorities and developing policies for pro-poor, pro-rural and inclusive growth, which was the hallmark of the South East Asian experience. The AU and United Nations Economic Commission for Africa presented, not surprisingly then, a new policy that Africa’s future lies in industrialisation, rapid economic transformation where rural ‘backwardness’ gives way for urban modernity.

The approach was all about rapid transformation, not incremental as was the case in South East Asia. Agriculture, which most Africans depend on for their livelihood, was hardly mentioned. It is a policy that has not worked anywhere in the world and is not likely to work now either. If Africa wants to develop rapidly, agriculture and smallholders productivity must be the main focus — and to start with the only focus — not industrialisation.

African policymakers and leaders are distracted from the main challenge, which is to make poor people richer. Eradicating poverty is fundamental to development. Instead we heard a lot about how Africa should get employment, technologies, industries, goods, rights, social safety nets and better institutions that rich countries have. All these are important but they can become distractions when framing policies that lead to “inclusive development”.

The industrial transformation in South East Asia was built on the agricultural revolution. When manufacturing did happen, it was a private sector response to macroeconomic stability, economic freedom, adequate infrastructure and a healthy rural economy.

However, the third ingredient in South East Asia’s success was about reorienting spending to pro-poor, pro-rural public spending. That is still lacking in Kenya. What is needed is allocation of 20 per cent or more of the development budget to agriculture while ensuring that it mostly benefits peasants rather than large landowners. Anders Östman lives in Nairobi and was the former head of policy for Sida.

One thought on “Invest More in Agriculture Not Industries”

The Future of Agriculture Lies in the Hands of the Youth……..